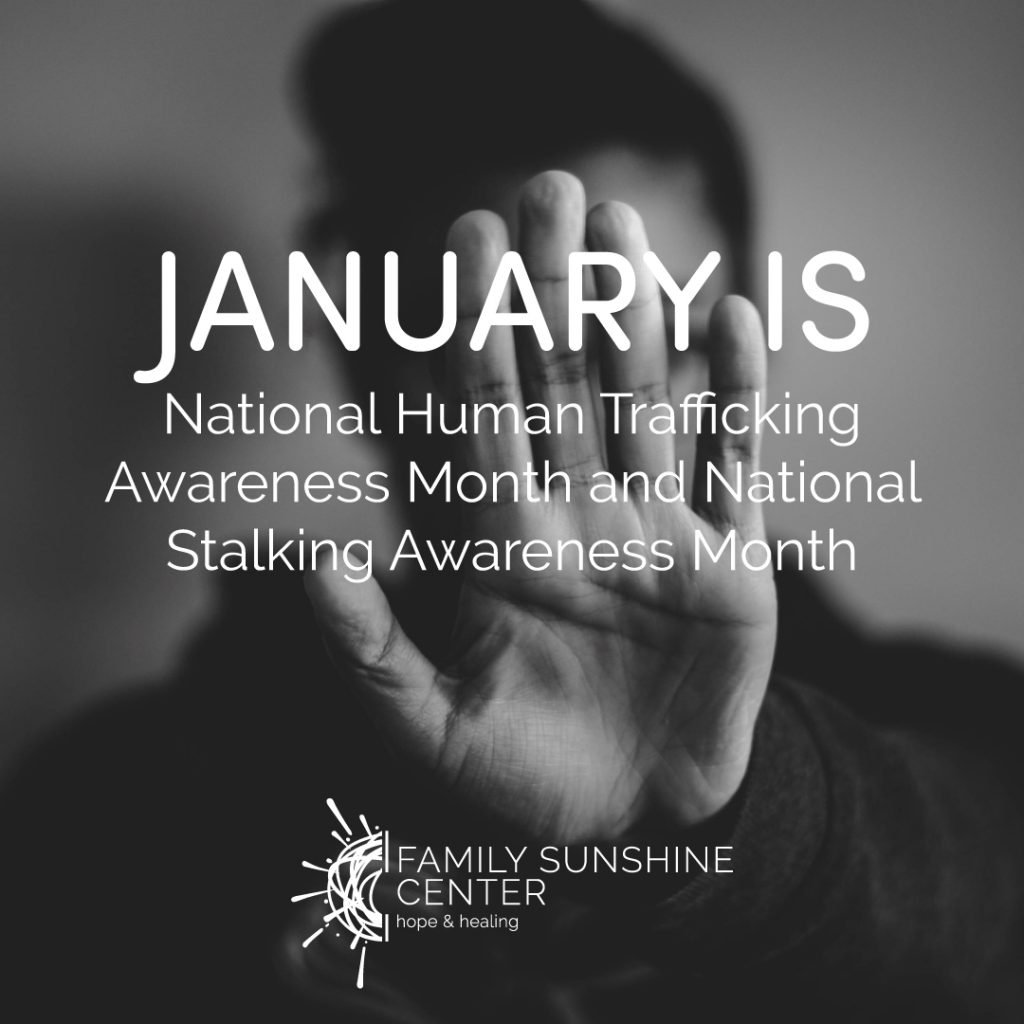 Every January, FSC joins organizations across the country to engage in two separate but connected events : Human Trafficking Awareness Month and Stalking Awareness Month. We are dedicating this month to raising awareness and increasing understanding of both issues. The prevalence of these issues, not just worldwide, but here in Alabama is staggering.

In the US alone, between 14,500 and 17,500 people are trafficked each year. Those people are not just from large cities or faraway places; they are from our cities, our towns, our neighborhoods, and they are often trafficked there as well. Human trafficking is a form of modern-day slavery where traffickers profit from the control and exploitation of others. Over half of the people trafficked are children; these children are exploited through both labor and sex trafficking.

According to the Stalking Resource Center, over 7.5 million people are stalked each year in the United States. Stalking is a pattern of behavior directed at a specific person that causes fear. This may look like being followed, approached and/or threatened, including through the use of technology. Stalking is a terrifying and psychologically harmful crime, and is often a predictor of violent behavior. Stalking is often committed by someone the victim knows (contrary to popular belief) and stalking by an intimate partner is the most common and most dangerous type of stalking.

to support our programs

This project was supported inpart by Subgrant #16-VA-VS-031 awarded by the Law Enforcement Traffic Safety Division of ADECA and the U.S. Department of Justice. The opinions, findings, and conclusions or recommendations expressed in this publication/program/exhibition are those of the author(s) and do not necessarily reflect the views of the Department of Justice or grant-making component.